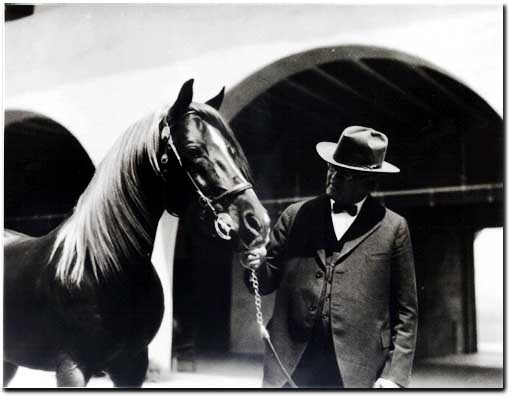 The W.K. Kellogg Arabian Horse Center was established in 1925 by the cereal magnate Will Keith Kellogg of Battle Creek, Michigan. In his quest to fulfill a childhood dream, W.K. Kellogg sought out the finest Arabian bloodlines of the day to begin a breeding program at his winter home in Pomona, California. He acquired horses from within the United States and abroad, importing several horses from Lady Wentworth’s famed Crabbet Arabian Stud in England. 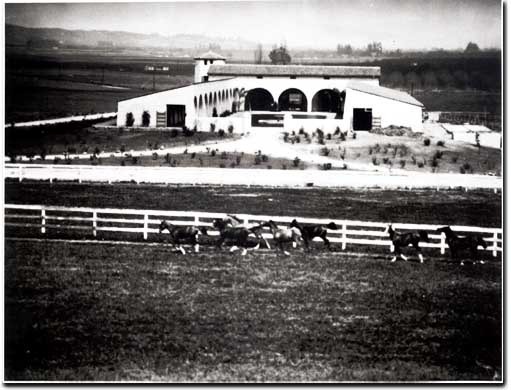 W.K. Kellogg presented the ranch to the state of California in 1932 with the stipulation that the Arabian breeding program and the Sunday Shows be maintained.

During World War II, use of the ranch was given to the U.S. Army as a facility for breeding war horses. The Kellogg Ranch became the Pomona Quartermaster Depot in 1943. One of the most notable events of the army days was the acquisition of the Polish Arabian horses that were rescued ahead of the advance of the Russian army at the end of the war. Twenty-one Polish Arabians, including the stallion *Witez II, were brought to the ranch in 1946. 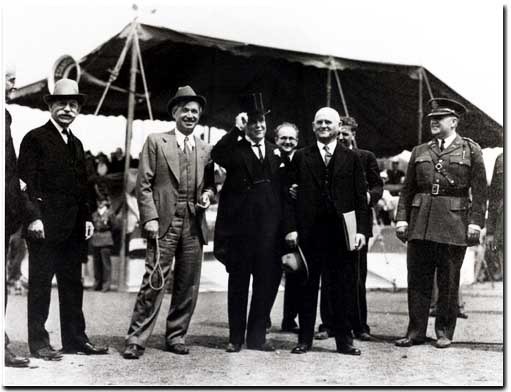 The U.S. Army ceased breeding horses in 1948, and the Ranch was transferred into the ownership of the U.S. Department of Agriculture. During this time, much of the ranch’s best stock was dispersed around the country. The future of the ranch seemed uncertain, and envoys from both the Kellogg Foundation and the Kellogg Company went to Washington to lobby for its continuation.

The ranch was turned over to California State Polytechnic College San Luis Obispo as their southern branch in 1949. This new venture by Cal Poly joined forces with the Voorhis School, a men’s agricultural college, which was located in nearby San Dimas. All instructional programs were moved to the present campus in 1956. Cal Poly Voorhis-Kellogg Campus admitted its first female students in 1961. The newly co-educational college separated from Cal Poly San Luis Obispo in 1966, and attendance had grown large enough by 1972 for Cal Poly Pomona to be granted University status. Today, Cal Poly Pomona has over 26,000 students in eight different academic colleges.

The W.K. Kellogg Arabian Horse Center’s current breeding philosophy was established in 1964 when Norman K. Dunn was appointed as Manager of the Horse Department. Professor Dunn surmised that the Arabian breed was surpassing the insular breeding program at Cal Poly, and proposed that Cal Poly mares be bred to outside stallions. Some of the first outside stallions suggested for breeding to Cal Poly mares were *Bajram, *Bask, Fadjur, and The Real McCoy. The breeding program continues in this tradition today, breeding to the top stallions from all over the United States. 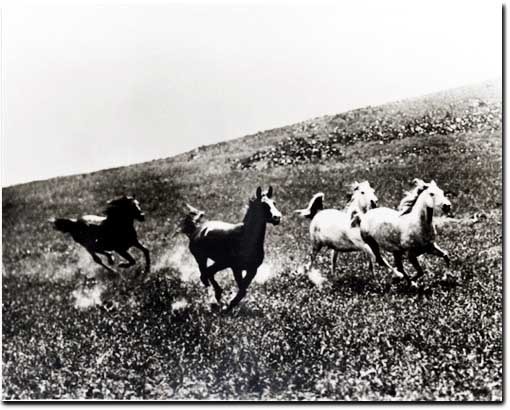 True to W.K. Kellogg’s wishes, the horses are still presented in the Sunday Shows, at 2:00 pm on the first Sunday of every month, October-May.  Per the conditions of the deed, the President's Arabian Advisory Committee meets semi-annually.  The members of the committee and recent minutes can be found here.

To learn more about the history of the Kellogg ranch, please contact the W.K. Kellogg Arabian Horse Library.